Paradiso Canto 1: The Still Point of the Turning World

How to begin, when any beginning would be a failure.

How to speak, when any speech would be inadequate.

How to do justice to the place that is no place, only a shadow of the light that gives it any reality in the realm of sense.

A humble blogger (do I speak for us all?) calls upon powers greater than himself. Longfellow, Sayers, Pinsky. Alighieri.

And so we enter the realm of paradox, where punctuation will be convoluted, questions will become statements, reality will be folded into itself and human consciousness will be twisted – or I should say untwisted – so that what seemed unnatural will make perfect sense, in the ultimate discovery of the nature of that which powers the universe: love.

Hey, hell was easy: it’s literally stuck to the ground, too vivid, too sensical in its nonsense. Purgatory is the place where we rejigger our senses, where we forget in order to remember, and begin with a clean slate, a second infancy. Here we’re dealing with the opposite stuff: the place beyond sense altogether, which we can only get to through our senses. The place beyond words, which can only be apprehended in words, the parlance of human consciousness. (Stuff modern neuroscience is still trying to figure out). How speak trans-human change to human sense? (1:69)

I guess as good a place to begin as any is here: at the beginning. The very first line of this third Canticle indicates the source of its meaning:

The glory of Him who moves all things rays forth
through all the universe and is reflected
from each thing in proportion to its worth
(Canto 1:1,2)

As I think of this beginning, I can’t not think of another poem I have been studying the past couple weeks with a small band of pilgrims at the church I serve: Eliot’s Four Quartets. (Our own John Timpane is doing the heavy lifting as teacher of the class). The reference here in Canto 1:1 is to a popular concept in the medieval Thomistic theology, borrowed from Aristotle, from which he’ll be borrowing heavily: the unmoved mover, which gives the whole universe motion, that “still point of the turning world” from which all things ray forth, and which at the same time is centered in our own consciousness. Seems to me that there’s even more Dante in Eliot than I had ever realized.

Erhebung has everything to do with it. Using aesthetics, the beautiful, to represent, to reflect the good, in the impossible task of expressing it. “Ennobling elevation beyond the senses.” At the still point of the turning world, there is the dance that Dante will find, his love by his side.

So, as we begin, let’s sift out a few themes (just a few among so many) that are so very distinct in this Canto, and give us very concrete clues about what Dante will be up to in this final section of his masterwork.

Dante calls upon not just the muses (as he does at the very beginning of the whole enterprise), but this time upon Apollo, the master of the Muses. And not just him – but all his minions. Why not call on God himself, one might wonder? Ah – a clue. Apollo, the pinnacle of the pagan pantheon (sorry), a provisional figure to bear witness to the ultimate revelation which comes after him. Fitting indeed to inspire what can only be a provisional description of what cannot be described. 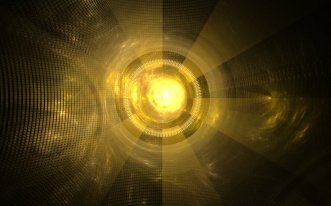 We have then also the image of light, which will be so important in what proceeds forth from here. Light, and our ability to perceive it through our sense of sight, serves as a metaphoric foil to describe the larger process that’s happening here, having to do with the re-attunement of a mortal soul. Just as we would never stare at the sun (here I’m remembering those pin-holed cereal boxes we held in the air during the solar eclipse of 1972 to see a tiny reflection of what was going on – and our mothers’ warning never to stare directly at it), Dante does just that. Beatrice can look at it, no problem. Somehow that Dante reflexively imitates her action (a “reflection” of her action) and does not go blind indicates that something has already changed in him: he is capable of seeing “it” – although not for long, and not the true “it”, but a second version, a second sun.

That we’re dealing with the problem of the senses here – not just light, but sound – is evident in the next few lines, where Dante detects the true motion of the universe, the “Primum mobile” that is the physical origin of all movement and life. That movement vibrates; it makes a sound that every creature is capable of detecting: the music of the spheres that betrays the essential harmony of the universe, but unheard by our normal mode of listening and hearing. What’s needed is a complete re-orientation not just of our senses, but our perception, dull with “false imaginings” that “do not grasp what would be clear but for your preconceptions.” Heaven requires a whole new paradigm, baby.

Finally, we return at the end of this canto to the very themes upon which Dante muses at the very beginning of his journey: the nature of desire, the mystery of free will that allows for imperfection in the art of a perfect maker. Here we hear once again that this place toward which we are navigating, toward which the whole universe is impelling us – whether we know it or not – is that place where our desires are truly satisfied:

Thus every nature moves across the tide
of the great sea of being to its own port
each with its given instinct as its guide.

I’m somehow reminded of C.G. Jung’s contention in the realm of psychology: that all beings tend toward wholeness (though not all of us get there).

But at least we can know the place, if now only by its reflection in a medieval poet’s words, as that which is the real object of human desire. So here’s the claim: it’s the place where we belong – in all multivalent richness of that word. Where being and longing are truly satisfied, where we BE LONG; that place that is